Mile Share is a type of road pricing that sets a cap (or limit) on the amount of vehicle miles traveled (VMT) in a jurisdiction and distributes equal tradable rights to drivers under that cap. Residents receive income from selling unused portions of their Mile Share to other drivers who have exceeded theirs.

Mile Share is an equitable strategy to curtail growth in vehicle miles traveled. Mile Share distributes the rights to the road equitably, reduces traffic congestion and air pollution, and encourages drivers to use alternative modes of transportation.

Mile Share creates an overall limit on miles available, and divides it into Shares among the driving population. It then charges fees for drivers who exceed their Share and returns that value to residents who drive less than their Share.

The goal of Mile Share is to provide an equitable strategy to reduce congestion by allocating shares of the vehicle transportation infrastructure to residents on a per capita basis. The less you drive, the more you have remaining to sell to others. 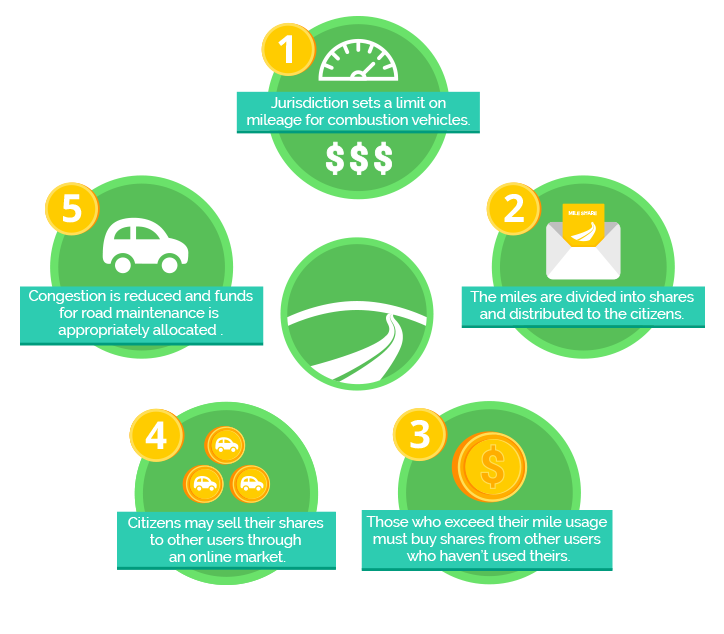 WHAT IS BEING REGULATED: MILES OF COMBUSTION VEHICLES

A Mile Share system sets a limit on the total vehicle miles traveled over a designated time period.

HOW MILEAGE IS REGULATED AND CAPPED

Mile Share helps local, regional, and state agencies manage transportation issues such as congestion, pollution, and the costs of building new infrastructure by limiting the total vehicle miles traveled over a designated time period among the consuming population on an equitable basis. A price signal is attached to the Share that provides an economic incentive to reduce consumption. The Share can work alongside existing other forms of pricing such as road fees or tolls, and may be incorporated into electronic transportation systems such as FastTrak and EZPass. Pay-by-mile insurance companies may also be participants in the program. Privacy concerns must be addressed in the system design.

All households would be provided a base allocation of road use, denominated in miles, to cover their basic transportation needs. If a driver’s use is above the basic allocation, then they would purchase unused capacity from other users who drive less than the basic allocation. The Share is distributed through EZPass, FastTrak or similar programs where available, and linked to an online account. Non-drivers may receive the value of their Share through an online account and/or a debit card. The Shares are consumed as they are used, or sold by conserving customers to high-use customers through the billing system or through an online exchange similar to EBay.

The VMT in a jurisdiction would be capped, and shares representing a per capita portion of the cap would be distributed. People who drive less than average could sell their share to those who exceeded the average amount of miles. The goal of the program is to reduce VMT by adding a nominal fee to additional miles traveled above a regional average.

The use of electronic disbursement, crediting and debiting of VMT from accounts, and trading allows for low transaction costs. The Shares would be distributed electronically to a transponder, which could take the form of a FastTrak or EZPass transponder or receiver. The transponder should be registered with a driver or household, rather than a vehicle.

Mile Share can help address the problems communities and transportation districts are facing regarding growing populations and the need for additional incentives for transportation alternatives. Projected growth in VMT could undermine many of the measures being undertaken to reduce air pollution and address climate change. The growth of electric vehicles (which is a good thing) is reducing the funds available from gas taxes for road maintenance and improvements.

Limits on VMT present many problems for urban planners. Americans are used to having roads be “free.” The “open road” is as American as apple pie. Limits to VMT are associated with loss of freedom, and tracking people’s movements is associated with loss of privacy. VMT patterns of usage also vary by income and geography. Some cities have water features necessitating the use of bridges. Housing prices, land use, zoning, and other economic factors can result in lengthy commuting patterns. As with other Commons that are shared, in many cases wealthier portions of the population may use more than average. Wealthier drivers in the exurbs may desire to buy additional Mile Shares from lower income individuals who take transit or carpool. In this way, Mile Share may counteract the regressive impacts of fuel taxes. However, a study of land use, employment and commuting patterns, and transportation alternatives for particular communities considering implementing a Mile Share program is recommended.

Metropolitan (more urban) counties could use a regional distribution to account for cross-county driving patterns, while rural counties may prefer distribution within a single county. If implemented at a State level, program administrators should address the potential for resentment between urban counties which might have to purchase VMT and rural counties. Therefore, if allocations differ between urban and rural counties, in certain situations it may be prudent to set the VMT caps at the county level and limit trading of Mile Shares to drivers residing in the same county.

Jurisdictions may be interested in customizing the Mile Share program, to include fees for road maintenance and repair, or to provide additional incentives to regular transit users. Program administrators would have to decide how the system would apply to the commercial sector, where there may not be as many alternatives to reduce vehicle miles traveled.

Programs that implement VMT pricing are being advocated across the world. Here are some examples of what is happening on the ground: 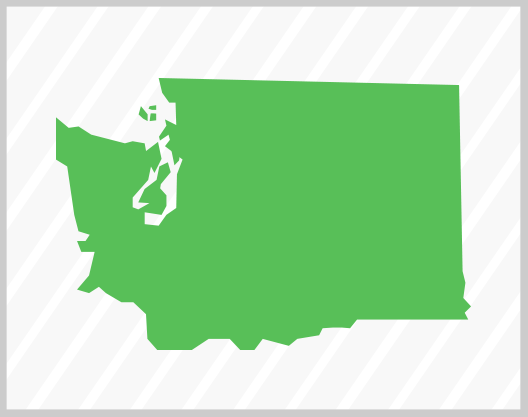 A committee of transportation experts recently concluded it’s feasible to move the state away from gasoline taxes to a “pay as you go” road fee system for transportation. 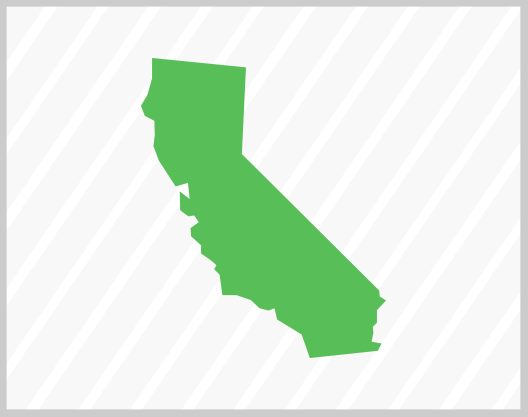 California has implemented a voluntary road user fees pilot program to study the feasibility of using a mileage-based fee to replace the existing gas tax. 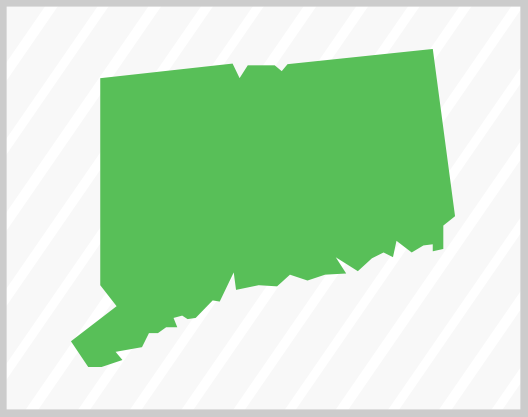 Governor Malloy has been looking into the benifits of implimenting a mileage tax.

What is the future we need?